I quit when the weed-trimmer ran out of cord, and hobbled inside, collapsing on the couch, naively hoping to take a nap. But of course, tout de suite, bored grandchildren arrived with a request. They wanted to explore the under-stair storage space. Although there is nothing special about that spot, the entrance is covered by bookcases which swing inward when certain boards are removed— a  feature which attracted the Nancy Drew-loving eleven year old  like an electromagnet attracts iron.

For an hour, my nap was interrupted by thunderous little feet running upstairs and down. The pint-sized explorers brought me, among other things, thirty year old piano sheet music, a small Curious George toy, a wooden ruler, and the report of a mysterious gray and white dollhouse. Soon, the children had excavated all items of interest, and moved on to other activities. The eldest plopped herself down on the piano bench and sight-read an old Faber piano book —apparently, it’s never too early to learn Christmas carols. I lazed on the couch, listening to holiday songs written in C major, and ruminated over what made the kids so enthusiastic about searching through old junk.

I had sold the kids’ adventure short.  Contrary to my pessimistic predictions, they had found plenty of gold. It came to me that, somewhere along the way, I’d stopped believing in treasure hunts, which seems to be a common plight among grown-ups. Adults get stuck in the doldrums, where longing is limited. Adventure has passed us by; all the islands have been named and tamed.

Gloom can invade thought without our noticing. On Mother’s Day, for example, I read countless sad posts about mothers who had passed away. These invariably included pictures of flowers, candles or angels, and— I get it. I really do. I miss my mother and wish we were together.  I don’t want anyone to forget her. If she were here, I’d give her the most beautiful rose I could find. She would enjoy it, and I’d feel good. But, as it is, she has embarked on an adventure from which I am temporarily excluded. If I were to write a post to her, it would be something like:

I’d do this because I am confident that she is better off than I am. At least, that’s what the apostle Paul had in mind when he wrote to the sea-faring Corinthians:

As believers we have every reason to live with an extravagant sense of adventure. Though we  suffer squalls on the the first leg of our journey, we know that what awaits us is much better.  Grief is great, but it must not have the last word. Death, after all,  is merely a harbor from which we will again set sail. 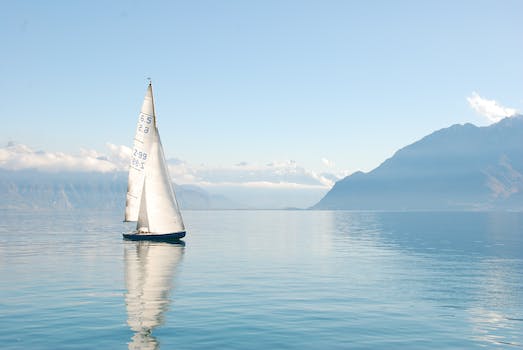 3 thoughts on “Something Better”